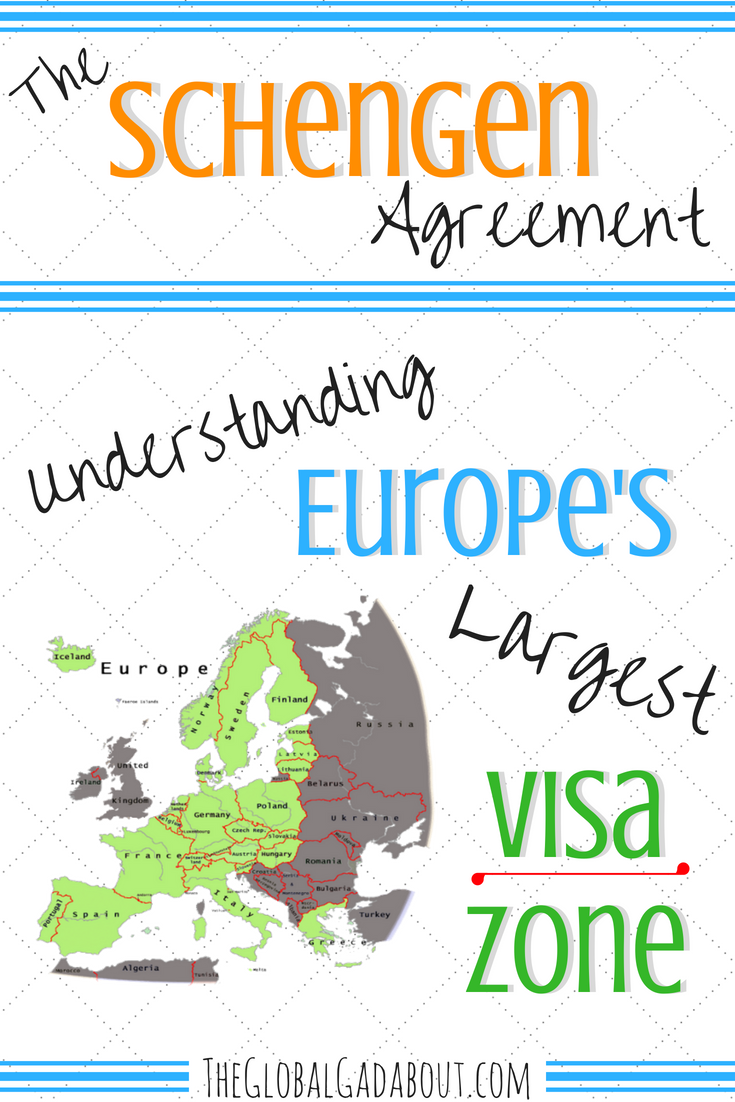 So, you’re probably thinking, “The what agreement?” What in the world is that and why do I care? The Schengen Agreement is what regulates travel in most of Western Europe. If you’ve traveled in Europe before, or have done any kind of research into visa regulations for a future trip, you probably already know a little something about it. It’s Europe’s biggest visa zone that you’ve never heard the name of. Knowing the name is not that important, but knowing the particulars of how The Schengen Area works is. Especially if you want to stay in Europe for more than 90 days. Since I have family in Sweden, I’ve been going to Europe for as much as 4 months at a time the past few years. Understanding the Schengen Agreement is what allowed me to legally stay so long. In this post, I’ll lay it all out for you. 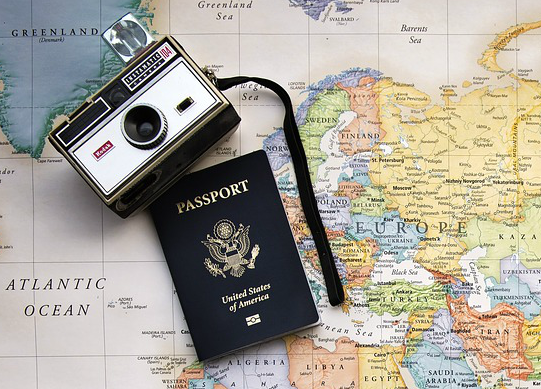 What is The Schengen Agreement?

The Schengen visa zone covers most of Western Europe and is basically an agreement that travelers do not need a passport to cross borders between countries that are both members of the zone. You can go through customs in any country that is party to the Schengen Agreement and then put your passport away and travel freely to any other country party to the agreement without going through any further customs.

Since travel amongst countries in Europe is so close, easy, and frequent, this makes it so much simpler for travelers and customs officials alike as cars, trains, buses, etc are no longer required to stop at every border. It’s worth noting, though, that while there are no official border controls between Schengen member countries, you may in some cases be asked to show your passport as a security check.

The European Union vs. The Schengen Agreement

The European Union, or EU, is a political and economic agreement between 28 countries in Europe where its member countries agree to maintain a common market and abide by common laws. 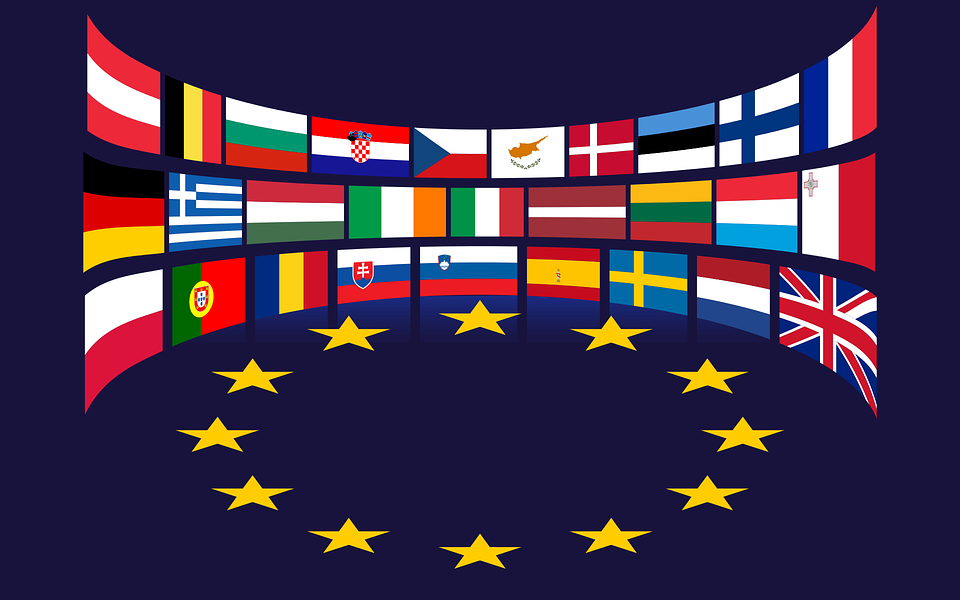 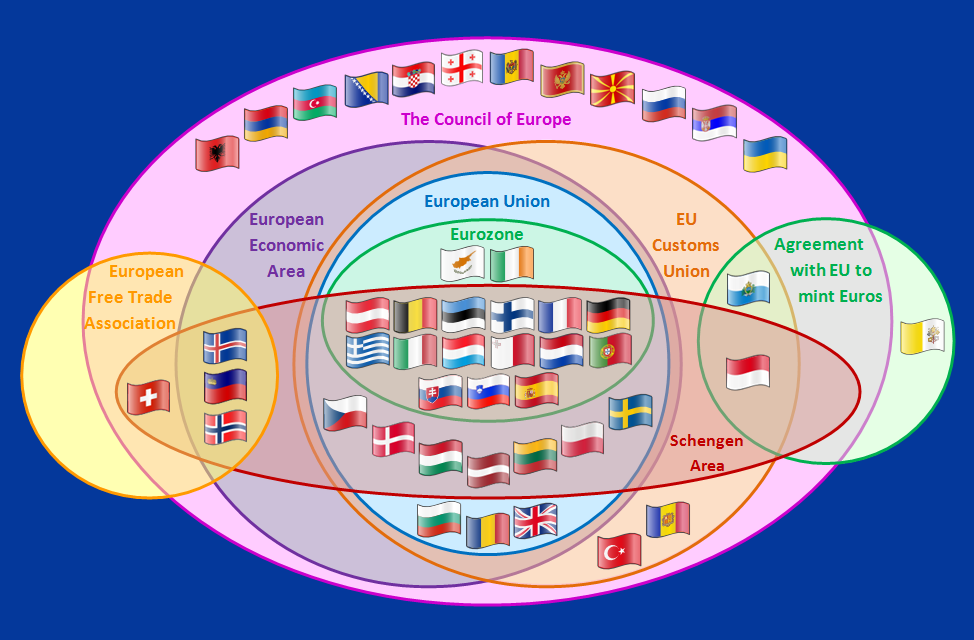 As a traveler in Europe, you don’t need to know all these little details about the Schengen Agreement. What you need is a cut and dried list of between which countries you can travel freely without any border control. This boils down to 26 countries and 3 micro-states, or 29 total members:

It’s probably easier to imagine as a map: 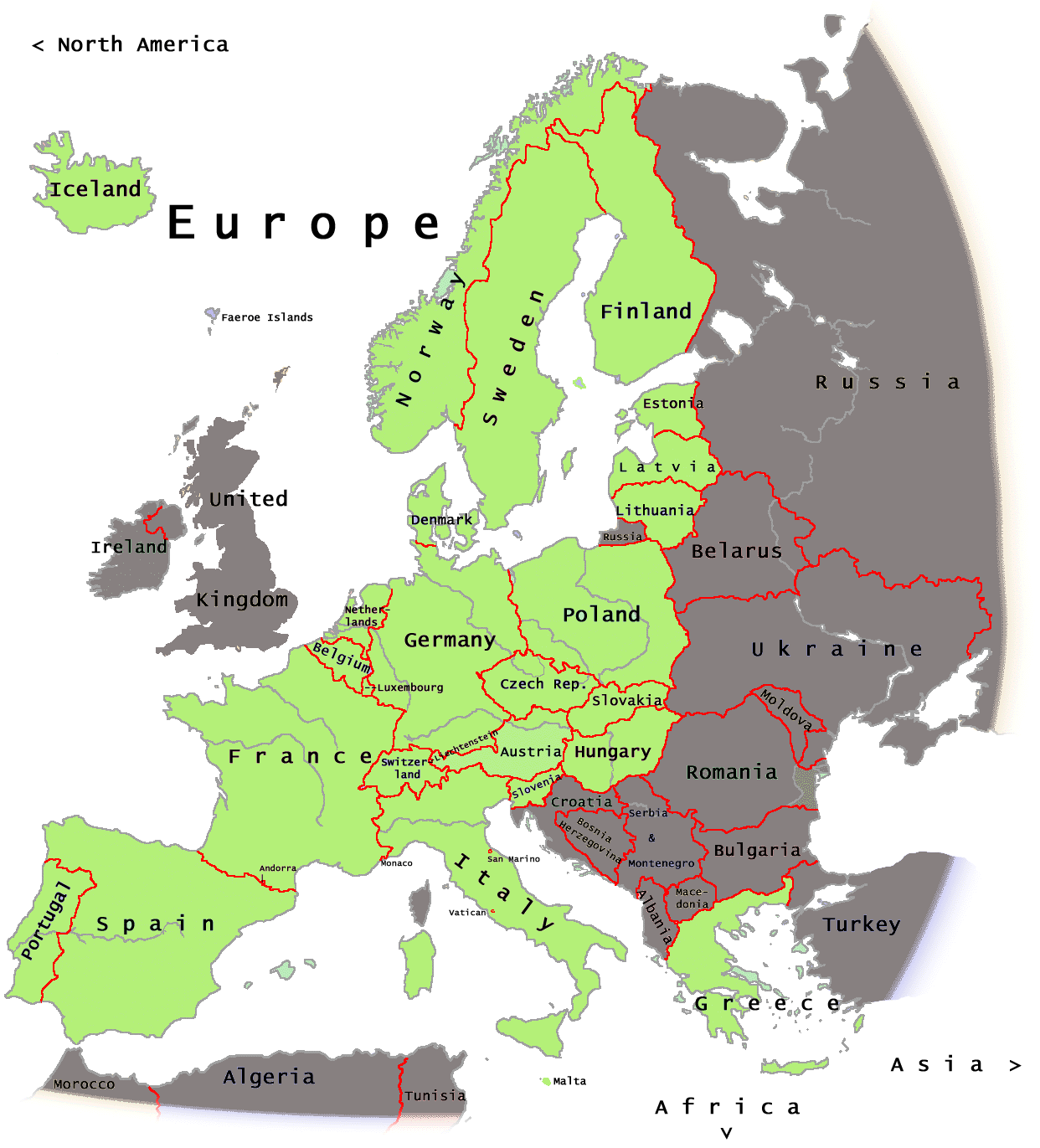 As you can see, basically all of Western Europe is a free travel zone, with the notable exception of the UK and Ireland. The EU/Schengen distinction may end up making a bit more sense with Brexit when the United Kingdom’s separation from the European Union is finalized.

Much of Eastern Europe remain outside the Schengen area for the moment. Eventually, 4 more countries could potentially be included. They are EU countries with the obligation to join, but there are obstacles to their being up to the EU standard for one reason or another. When (or if) these issues are resolved, Bulgaria, Croatia, Cyprus, and Romania would join the border-free Schengen Area.

Besides knowing which countries are included, the time restriction on a tourist visa is the other big thing you have to know about the Schengen Area. I like to call this The 90/180 Rule. Basically, you are allowed to stay in the Schengen Area for 90 out of every 180 days. So you could stay for 90 days in a row, but then you would have to leave the zone for 90 days before you would eligible to re-enter any Schengen Area country. Or you can split it up. You can stay in the Schengen Area 30 days, then leave for 30 days, then return for 30 days, etc. You could actually continue this 30-days-in, 30-days-out cycle indefinitely, as you would always remain at 90 out of past 180 days. 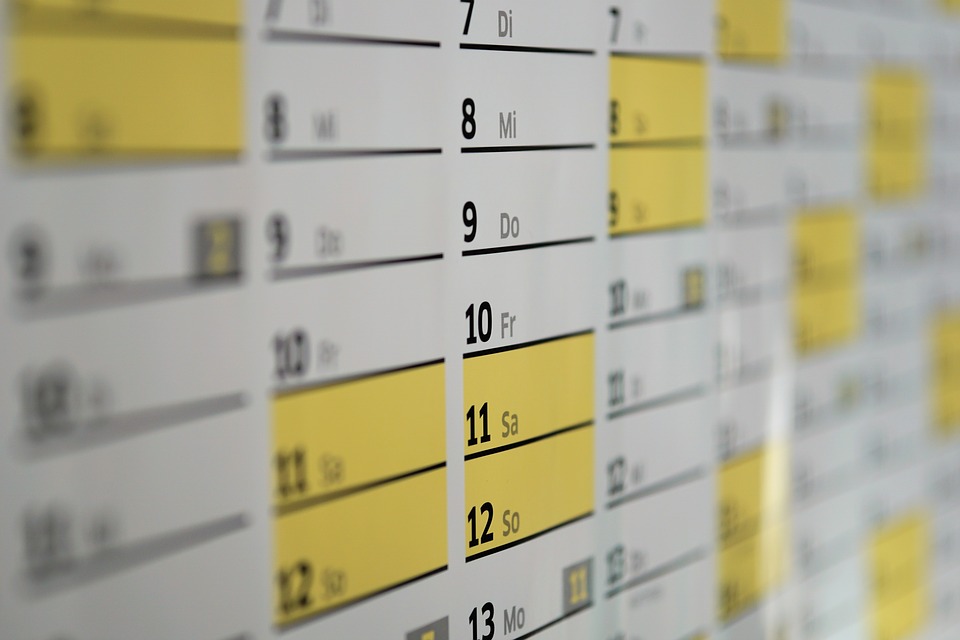 If you mix it up, it can be somewhat trickier to calculate if you are nearing your limit. A few years ago I flew into Sweden (a Schengen Area country) to visit family for about 3 weeks, then traveled east to Finland, then south through Estonia, Latvia, Lithuania, and Poland for a further month. Then I exited the Schengen Area to spend another month visiting Romania, Serbia, and Croatia. From there, I wanted to make my way to Slovenia and travel on across northern Italy, then fly up to Belgium and the Netherlands. These are all Schengen Area countries, so I had to figure out how long I was eligible to continue traveling in them before I hit my 90 out of 180-day limit. Turns out I still had over 40 days left, but I did have to make sure I was out of any Schengen country by then – at least until 181 days after I arrived in Sweden! Check out my post on 5 Ways to Legally Stay Longer Than a Tourist Visa if you don’t want to have to worry about a short time restriction. *NOTE: The 90/180 Rule is valid for citizens of most North and South American countries (including the US and Canada), as well as Oceania and several Asian nations. Please double check before traveling if you are unsure of your country’s visa agreement with the Schengen Area* 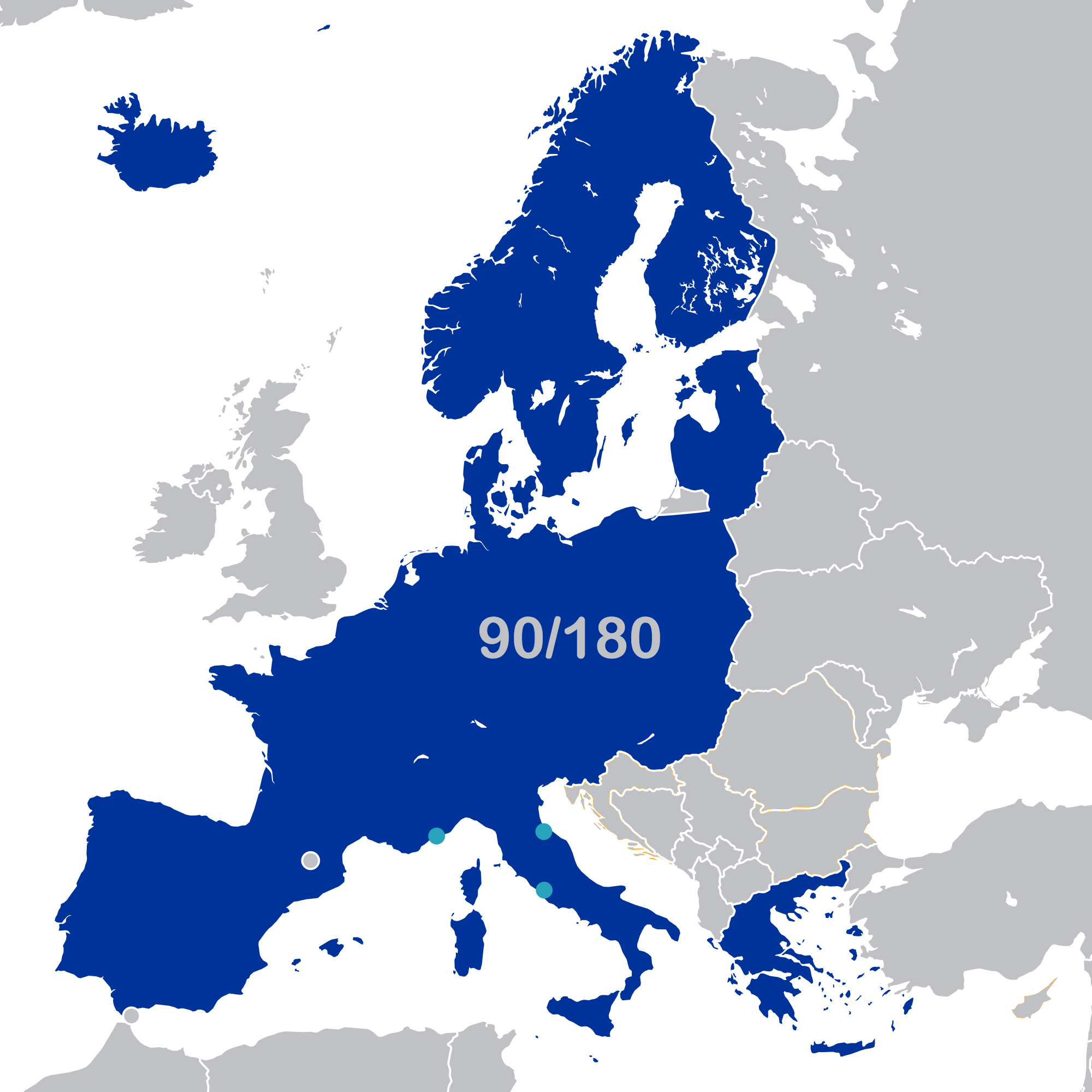 The big things you need to think about to make sure you don’t break the law (which could potentially mean you wouldn’t be allowed back in any Schengen country!) are which countries on your travels are part of the Schengen Agreement and how many days are you spending in them total. Basically, everything from Hungary north and east is included except the British Isles, and don’t forget Greece over there in the south-west. Remember that and the 90/180 Rule and you should have no trouble navigating Europe’s largest visa zone!

*This post includes one or more affiliate links. I earn a small commission (at no extra cost to you!) if you purchase a product or service through one of these links. Find out more here.* 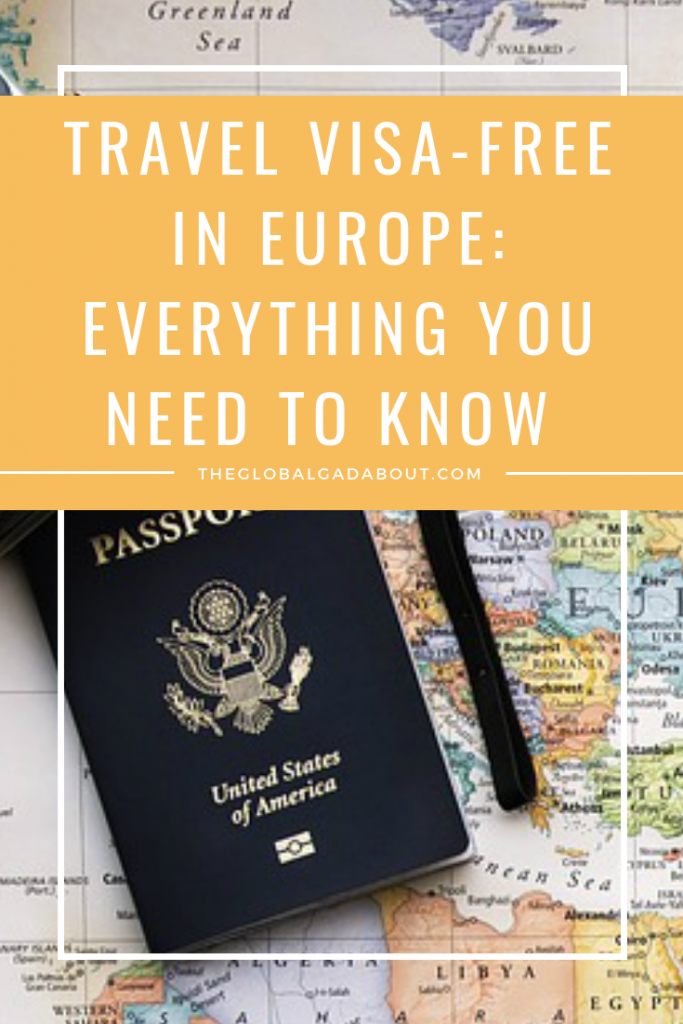 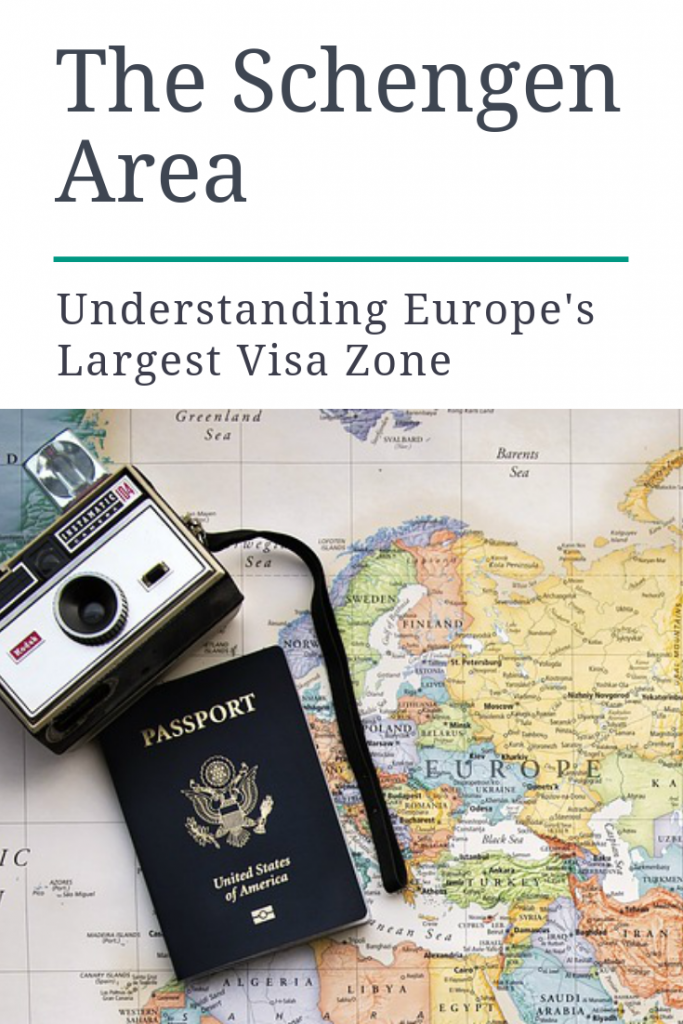 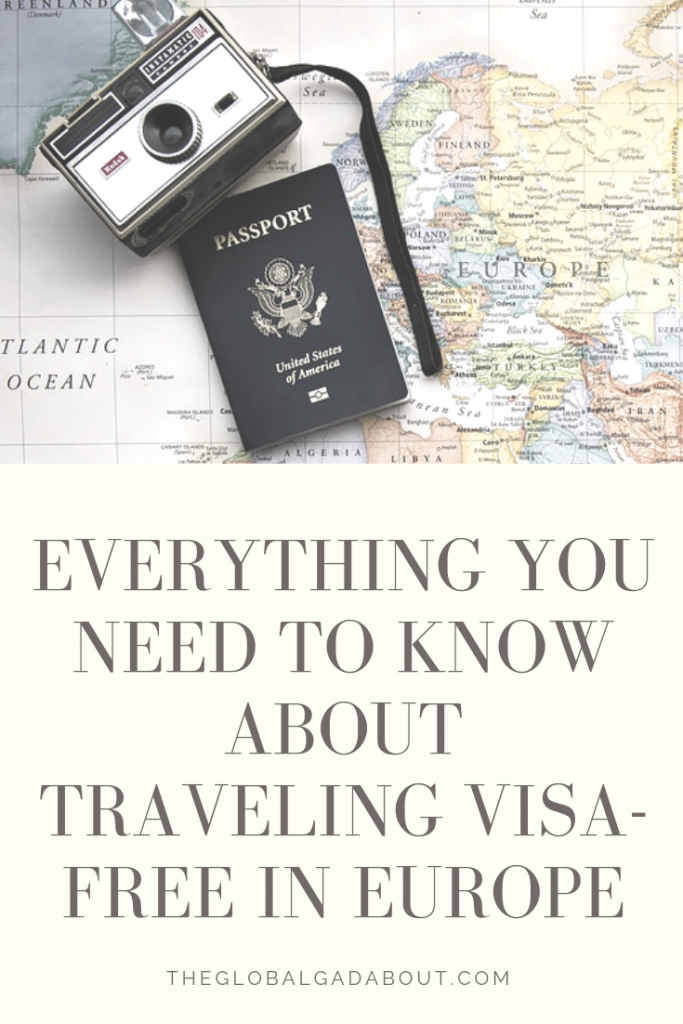